How companies are supporting sustainability across the globe We are entering into a new decade that is threatened by uncertainty in the wake of a polluted and seemingly unsustainable globe. The decade however ushers in an era of positivity and negativity at a far distance. According to the statement by the UN Secretary-General, we expect a generation of positive change with regard to sustainable growth through technological advancements; This decade could be regarded as a decade of action as companies are shifting attention to investments in sustainable ways making the trend real in the world we live in. Among the ways companies have been engaging in trends of sustainability areas elucidated below.

Globally, investors are adopting green investment. In a bid to ensure the sustainability of businesses, companies are preferring investing in businesses that are low risk to the Sustainable Development Goals. Larry Frank, BlackRock’s CEO in the annual letter made this statement as other investors totaling to 631 signed the annual letter.  Assets worth $37 trillion were to be diverted to this crucial investment in a bid to actualize the Action Plan: Financing Sustainable Growth. The companies aimed at reducing and possibly eliminating carbon in the production cycle hence alleviating the climatic risk through the production process.

In the wake of maintaining the global temperature below 1.5 degrees, corporates are buying renewable energy everywhere the world over. Across Europe as well as the US, companies adopted Power Purchase Agreements (PPAs) from 2019 and continued to escalate the efforts through continued buying of renewable energy sources. For instance, the inaugural virtual power purchase agreement (VPPA) was signed by Signify in 2019 in Poland,  a crucial part of the European economy. This has come with some challenges as some countries such as Australia and Brazil continue to struggle in the successful implementation of the initiative. RE100 has heightened the campaign more companies than ever before have adopted renewable energy and reduction the greenhouse effects globally as the campaign is aimed at achieving the goal globally. Other growing interests in the sustainability goals by the company have been linked to water action to reduce pollution as reported by the 2020 Global Risk Report, as the world projects up to 40% shortage of water worldwide as per UN predicts. With the growing and intensified urge to invest in sustainability, the world may be secured from the unsustainable economies as campaigns aimed at bettering the world as a habitat for man takes good shape by convincingly bringing giant campaniles on board. 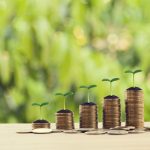 How to integrate sustainable financing in building a better economy 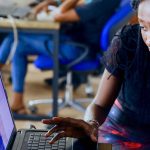